Human and animal feces are considered biohazardous waste and should remediated by professionals. If left unattended or improperly disinfected, risk of disease may follow. The Bio-One team is trained to help.

Serving and All Surrounding Areas

You called the right
ones for the job.

At Bio-One, we follow a proven course of action to remediate feces and urine biohazards:

There is a lot of hard work and expertise that goes into urine and feces cleanup. If not treated professionally, diseases such as Hepatitis A, E. Coli, Rotavirus, and Norovirus can linger and impact your household, industrial area, or workspace. An expert team is required to ensure proper and complete remediation. 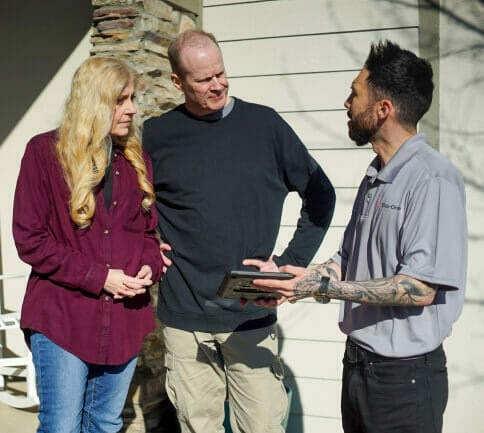 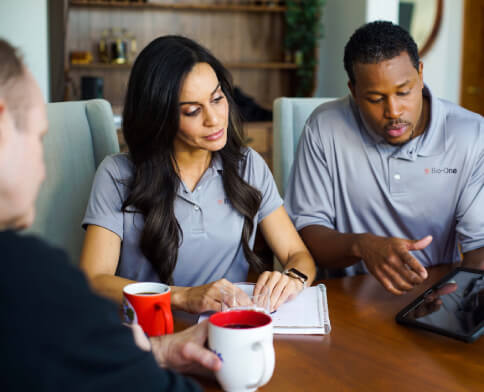 With trained technicians and state-of-the-art tools, we can handle any job that’s thrown our way. Residential, commercial or industrial, we have experience with it all.

The identity of our customers is always protected. Our crews arrive, get the job done safely, and leave. No questions asked.

Help first, business second is our motto. Our owners lead with compassion and serve our clients with respect and professionalism.

Bio-One is here for you whenever you need us. You will receive 24/7 access to a local company with nationwide expertise.

Working with your insurance company can be overwhelming. Bio-One can open the claim and work with the adjusters directly.

Your emergencies are our emergencies. A fast response can make all the difference in the world. We will make every effort to arrive quickly and ready to help.

Quick and very professional. As a realtor over 17 years, this is far the best company to get a house ready for re-sale.
Tony Brewer, Littleton, 06/10/2021

They did a great job cleaning up a mess that our renter made in his bedroom. They were very professional.They were also very friendly. Great job !!!
Kelli Elliott, Littleton, 02/02/2019

They did a great job cleaning up a mess that our renter made in his bedroom. They were very professional.They were also very friendly. Great job !!!
Kelli Elliott, Littleton, 02/01/2019

Angela and David helped us regain our lives back. From start to finish they were nothing but caring and compassionate. Their work was outstanding. We wouldn't be where we are today without them. I can't thank them enough for all of the hard work that they did.
Monica Dexter Milleville, Littleton, 04/04/2021

I have never had a more total care with a company that actually cares about the customers and will follow through to make sure everything is done.
Diane Arrington, Littleton, 12/04/2021

Cory Flores and his team were great! They helped me with a hoarder clean up for my dad. They were fast, compassionate, and thorough. Would highly recommend them if you have a need in the LA or Orange County areas!! Can't say enough good things
Janell Merriman, Littleton, 10/19/2020

Cory and his team were most hard working and very flexible to change as we had changed several times our needs and they not only met our expectations they went above and beyond. I highly recommend Bio One of Orange to anyone. Dale Reed
Dale Reed, Littleton, 12/23/2020

I recently hired Bio-One to clean out a relative's 2000 square foot house which they occupied for over 60 years. A lot of "stuff" had accumulated over the years, not only in the house but the shed too. Throw in a case of hoarding by the remaining daughter and her son, along with her sick cat that urinated on the carpeting. Due to the daughter's hoarding, infestation of cockroaches were found throughout the kitchen. Once the house was vacated Bio-One moved in to discard everything not nailed down in the house along with all carpeting. After emptying the house they deep cleaned every square inch including the insides of all cabinets, appliances and bathrooms too. The before and after pictures are a sight to be seen. He (Cuyler) and his team did it four plus days. Yes, we attempted to clean it out ourselves (five adults) but after three weekends and not making a dent, we had no choice. Bio-One sent us daily "progress pictures" along with keeping us in the loop with multiple text messages. His proposal was extremely detailed with what they were to do so there weren't any questions. Totally amazed and would highly recommend.
Gregg Prudence, Littleton, 02/06/2020

BioOne was amazing. I needed a vehicle cleaned out after a dear friend passed. They were able to set up an appointment and finish the job very quickly. Also, the crew that came (Manny and Sean), went so far above and beyond in helping me out, I can’t thank them enough. Professional, kind, and just generally great. I highly recommend BioOne and am so thankful they were there to help me through such a difficult situation during the grieving process. So if you’re looking for a cleaning service that specializes in biohazard situations, BioOne is the place to call!
Ashley Ford, Littleton, 04/06/2021