Blood is known to be a vessel for many infectious diseases. The improper cleaning of such spills could lead to Hepatitis, HIV, and other bloodborne pathogens. That’s where we step in. Let Bio-One clean it for you.

Bio-OneTeams located throughout the United States.

You called the right
team for the job.

Blood spills can pose a major safety threat to anyone near the impacted area. Bio-One team members are experts on cleaning and all areas impacted by biohazards. We will answer your call 24/7 and can respond quickly to be there for you.

Our cleanup teams are expertly trained and adhere to OSHA guidelines. We have experience disinfecting residential, commercial, and industrial locations affected by crime scenes. 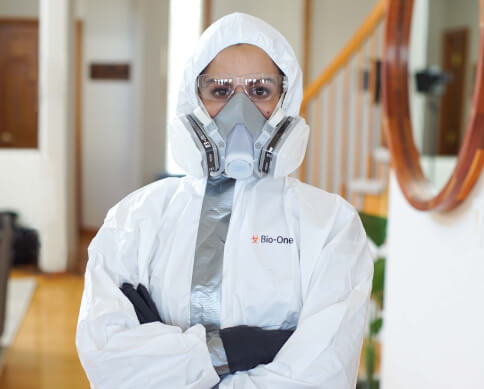 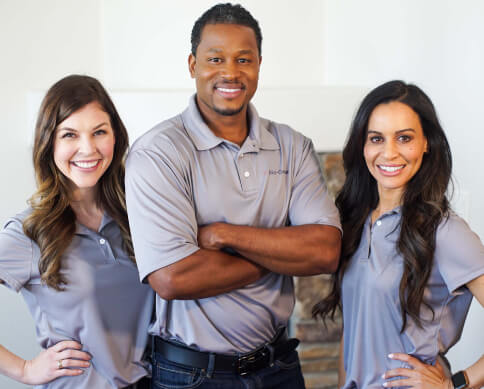 What makes Bio-One Blood Spill Clean Up the best choice?

With trained technicians and state-of-the-art tools, we can handle any biohazard job. Residential, commercial, or industrial, we have the training and experience you are looking for.

Discretion and confidentiality are important for all our clients. Our teams will arrive and complete the job in a thorough and safe manner.

Help first, business second is our motto. Our team leads with compassion and serves our clients with respect and professionalism.

Bio-One is here for you whenever you need us. You will receive 24/7 access to a local company with nationwide expertise.

Working with your insurance company can be overwhelming. Bio-One can open the claim and work with the adjusters directly.

A quick response can make all the difference when it comes to biohazards. Our teams will respond in an urgent manner, ready to help.

We are here for you when you need us. For any Blood Spill Clean Up situation, we are available 24/7.  Whatever you need and whenever you need us, know that we will be supportive, professional and discrete.
303-625-6543Service Request

I recently decided to switch out furniture and flooring in my living room. The original 20 year old carpet had been subjected to many spills and pet "messes". Ryan and Kristi came to my house and carried away two, also 20 year old, couches and a cabinet I didn't like very much anyway. Once they got the carpet and pad up the stench of urine from various pets was horrible. They were very informative and meticulous about applying product to the floors to get the odor out. They paid special attention to areas that were especially stained. They laid down plastic over the area so the product could get into the wood. Ryan came back the next day to remove the plastic and the check for my satisfaction. The price for all of this was very reasonable and I plan to call them as I move on to the next room. Very professional and skilled!
Claudia Beckmann, Littleton, 02/15/2022

We contacted Bio-One after a rodent infestation was discovered at my friend's home. From the first call, they have been fantastic about walking us through the process, helping us locate a reputable company to correct a poor exclusion job done by Terminix and given us numerous suggestions on how to best handle an intolerable situation. I would highly recommend them for anyone who is facing this situation. Each and every team member we have dealt with has been very responsive, extremely professional and genuinely concerned about the best outcome for my friend.
Debra Byrd Armour, Littleton, 01/04/2022

Marc was very helpful and knows his stuff. He was able to identify areas of pet damage and eleminate it. He was fast and efficient. If I need help in the future, Bio-One is who I'll call.
Theodore Reichert, Littleton, 11/02/2021

They did a great job cleaning up a mess that our renter made in his bedroom. They were very professional.They were also very friendly. Great job !!!
Kelli Elliott, Littleton, 02/02/2019

I would highly recommend Todd and his crew. They went over and above to clean up the disastrous hoarding situation in my mother-in-laws house. Courteous and helpful in every way. If you are in a situation where you need someone call Todd at BIO-ONE.
Ricky Caudle, Littleton, 03/17/2020

Thanks for talking the time out of your very busy schedule to help investigate a piece of property and didn't charge me anything.. Would highly recommend this company.. for their help, professionalism and friendliness. Absurdly amazing Marc answered the phone and was very helpful in answering my questions. Thank you! Rita Edwards. 11/2021
Rita Edwards, Littleton, 11/16/2021

I recently hired Bio-One to clean out a relative's 2000 square foot house which they occupied for over 60 years. A lot of "stuff" had accumulated over the years, not only in the house but the shed too. Throw in a case of hoarding by the remaining daughter and her son, along with her sick cat that urinated on the carpeting. Due to the daughter's hoarding, infestation of cockroaches were found throughout the kitchen. Once the house was vacated Bio-One moved in to discard everything not nailed down in the house along with all carpeting. After emptying the house they deep cleaned every square inch including the insides of all cabinets, appliances and bathrooms too. The before and after pictures are a sight to be seen. He (Cuyler) and his team did it four plus days. Yes, we attempted to clean it out ourselves (five adults) but after three weekends and not making a dent, we had no choice. Bio-One sent us daily "progress pictures" along with keeping us in the loop with multiple text messages. His proposal was extremely detailed with what they were to do so there weren't any questions. Totally amazed and would highly recommend.
Gregg Prudence, Littleton, 02/07/2020

I would highly recommend Todd and his crew. They went over and above to clean up the disastrous hoarding situation in my mother-in-laws house. Courteous and helpful in every way. If you are in a situation where you need someone call Todd at BIO-ONE.
Ricky Caudle, Littleton, 03/18/2020

Corey was AMAZING, dealing with such a traumatic experience he was an angel, there when I needed him the most...words can't express my extreme gratitude 🙏. Amazing God sent company.
Courtney Pettigrew, Littleton, 06/13/2021